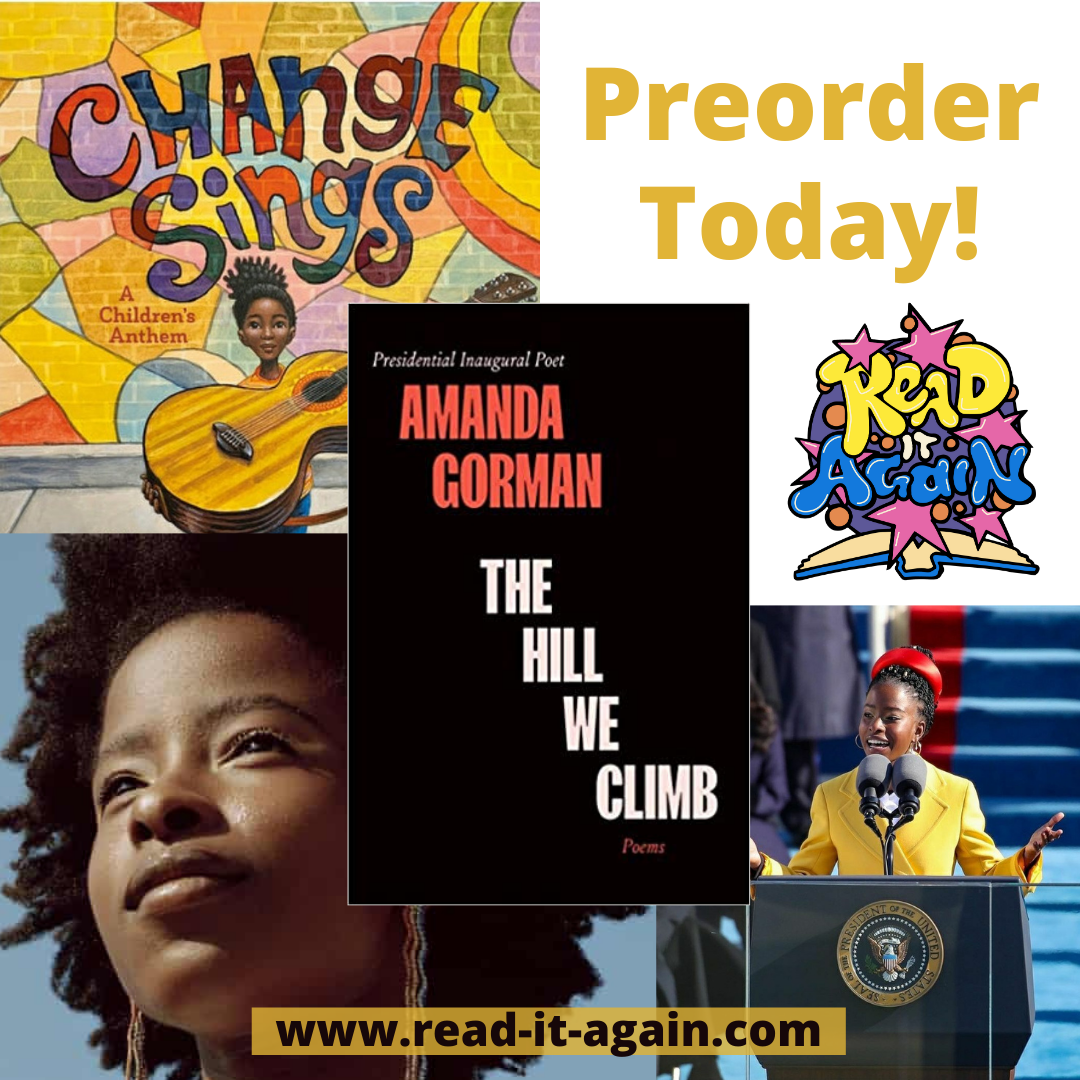 Amanda Gorman's poem at the Inauguration left us wanting more! Her words were so moving and heart felt, it was immediately clear why the president Biden had chosen her as his inaugural poet. Amanda has a picture book coming out this fall called, Change Sings and a book of poetry which is named after the poem she read during the Inauguration: The Hill We Climb. You can preorder both books today!

“I can hear change humming

In its loudest, proudest song.

And so I sing along.”

In this stirring, much-anticipated picture book by inaugural Youth Poet Laureate and activist Amanda Gorman, anything is possible when our voices join together. As a young girl leads a cast of characters on a musical journey, they learn that they have the power to make changes—big or small—in the world, in their communities, and in most importantly, in themselves.

With lyrical text and rhythmic illustrations that build to a dazzling crescendo by #1 New York Times bestselling illustrator Loren Long, Change Sings is a triumphant call to action for everyone to use their abilities to make a difference.

The Hill We Climb:And Other Poems -

The debut poetry collection by inaugural National Youth Poet Laureate Amanda Gorman.
Including "The Hill We Climb," the stirring poem read at the inauguration of the 46th President of the United States, Joe Biden, this debut collection of the same name reveals an energizing and unforgettable new voice in America poetry.

The Hill We Climb: An Inaugural Poem for the Country -

A special edition of the poem The Hill We Climb, read at the inauguration of the 46th president of the United States, Joe Biden, on January 20, 2021

On January 20, 2021, Amanda Gorman became the sixth and youngest poet, at age twenty-two, to deliver a poetry reading at a presidential inauguration. Her inaugural poem, The Hill We Climb, is now available to cherish in this special edition.

The Hill We Climb and Other Poems (Hardcover)

The Hill We Climb: An Inaugural Poem for the Country (Hardcover)