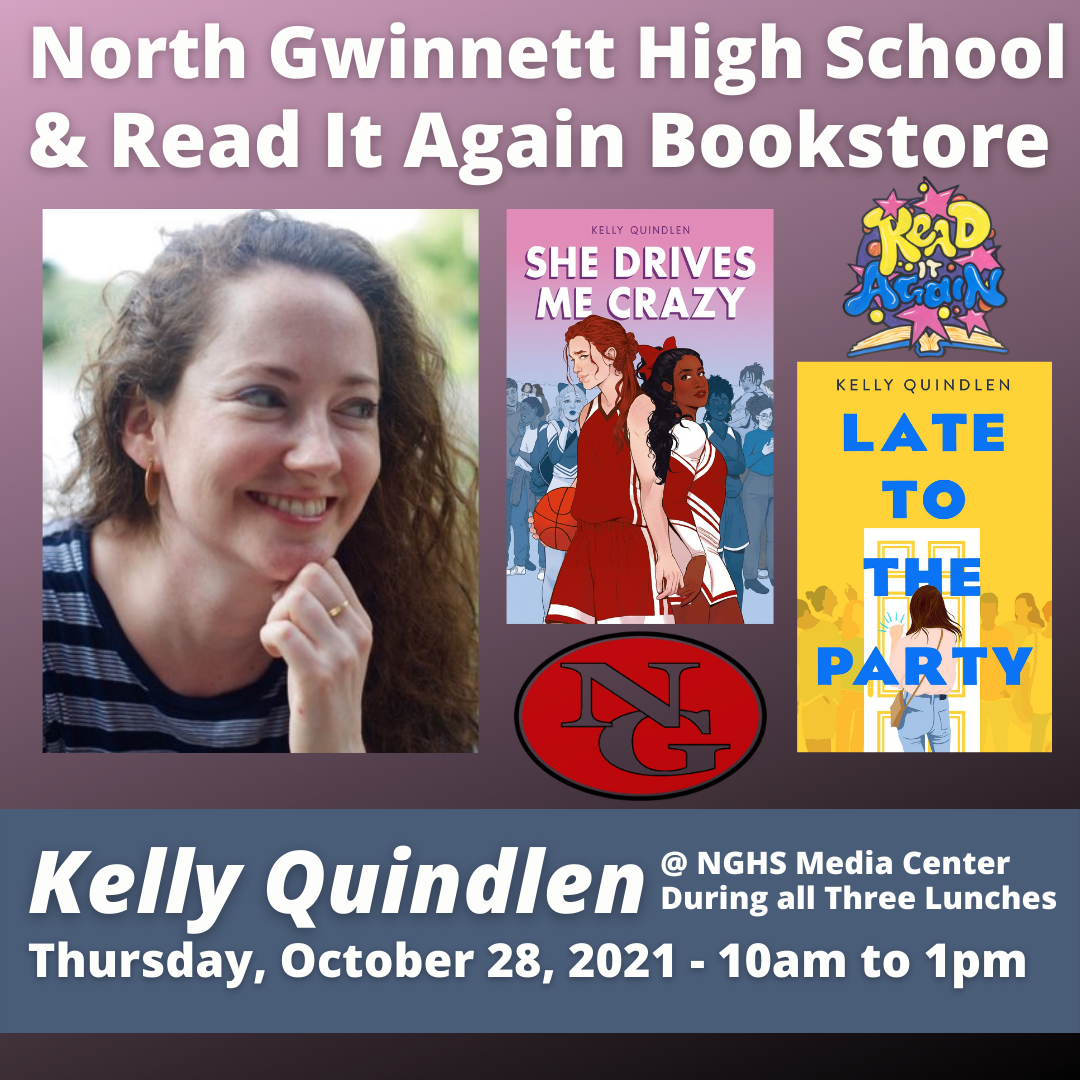 *If you pre-ordered your books today, you can pick them up on the day of the event.*

Oct. 18th is the cut off for pre-orders. We will have copies available to buy at the event. See you there!

Kelly is the bestselling author of the young adult LGBTQ novels She Drives Me Crazy, Late to the Party, and Her Name in the Sky. She initially pursued self-publishing with Her Name in the Sky (2014), which sold more than 25,000 copies, before she pursued traditional publishing with Late to the Party (2020) and the IndieBound bestseller She Drives Me Crazy (2021).

Kelly graduated from Vanderbilt University with a degree in English Literature and American Studies. She spent two years teaching middle school math with Teach for America in Baton Rouge, Louisiana. She currently lives in Atlanta, where she is on the leadership team of a non-profit for Catholic parents with LGBTQ children.

She Drives Me Crazy

“A little sweet, a little sharp.” —Booklist, starred review
High school nemeses fall in love in Kelly Quindlen's She Drives Me Crazy, a queer YA rom com perfect for fans of Becky Albertalli and Casey McQuiston.

After an embarrassing loss to her ex-girlfriend in their first basketball game of the season, seventeen-year-old Scottie Zajac gets into a fender bender with the worst possible person: her nemesis, Irene Abraham, head cheerleader for the Fighting Reindeer.
Irene is as mean as she is beautiful, so Scottie makes a point to keep her distance. When the accident sends Irene’s car to the shop for weeks’ worth of repairs and the girls are forced to carpool, their rocky start only gets bumpier.
But when an opportunity arises for Scottie to get back at her toxic ex—and climb her school’s social ladder—she bribes Irene into an elaborate fake- dating scheme that threatens to reveal some very real feelings.
From author Kelly Quindlen comes a new laugh-out-loud romp through the ups and downs of teen romance, perfect for fans of Becky Albertalli.

Late to the Party

From author Kelly Quindlen comes a poignant and deeply relatable story about friendship, self-acceptance, and what it means to be a Real Teenager. Late to the Party is an ode to late bloomers and wallflowers everywhere.
Seventeen is nothing like Codi Teller imagined.
She’s never crashed a party, never stayed out too late. She’s never even been kissed. And it’s not just because she’s gay. It’s because she and her two best friends, Maritza and JaKory, spend more time in her basement watching Netflix than engaging with the outside world.
So when Maritza and JaKory suggest crashing a party, Codi is highly skeptical. Those parties aren’t for kids like them. They’re for cool kids. Straight kids.
But then Codi stumbles upon one of those cool kids, Ricky, kissing another boy in the dark, and an unexpected friendship is formed. In return for never talking about that kiss, Ricky takes Codi under his wing and draws her into a wild summer filled with late nights, new experiences, and one really cute girl named Lydia. The only problem? Codi never tells Maritza or JaKory about any of it.

She Drives Me Crazy (Hardcover)

Late to the Party (Paperback)

Late to the Party (Hardcover) 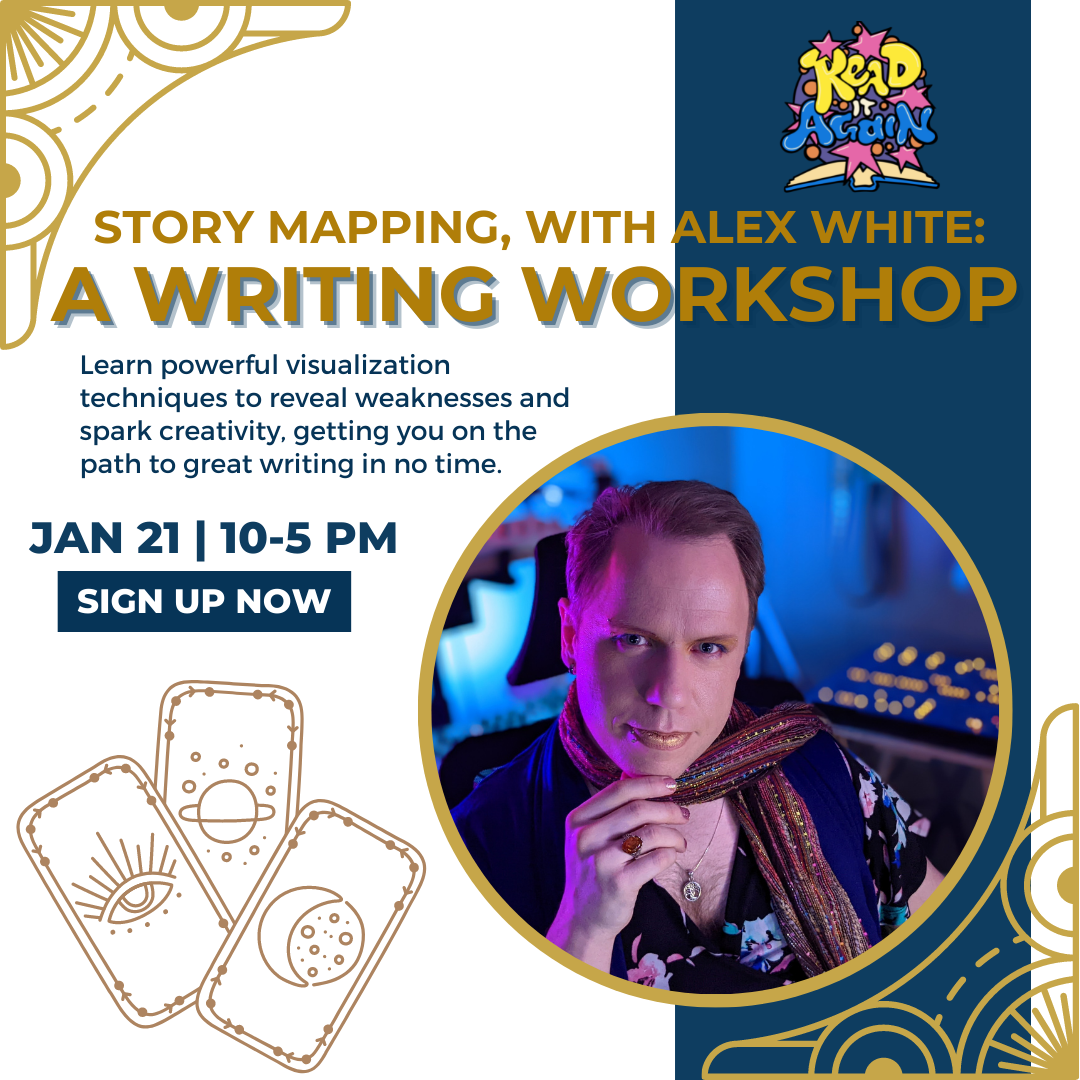