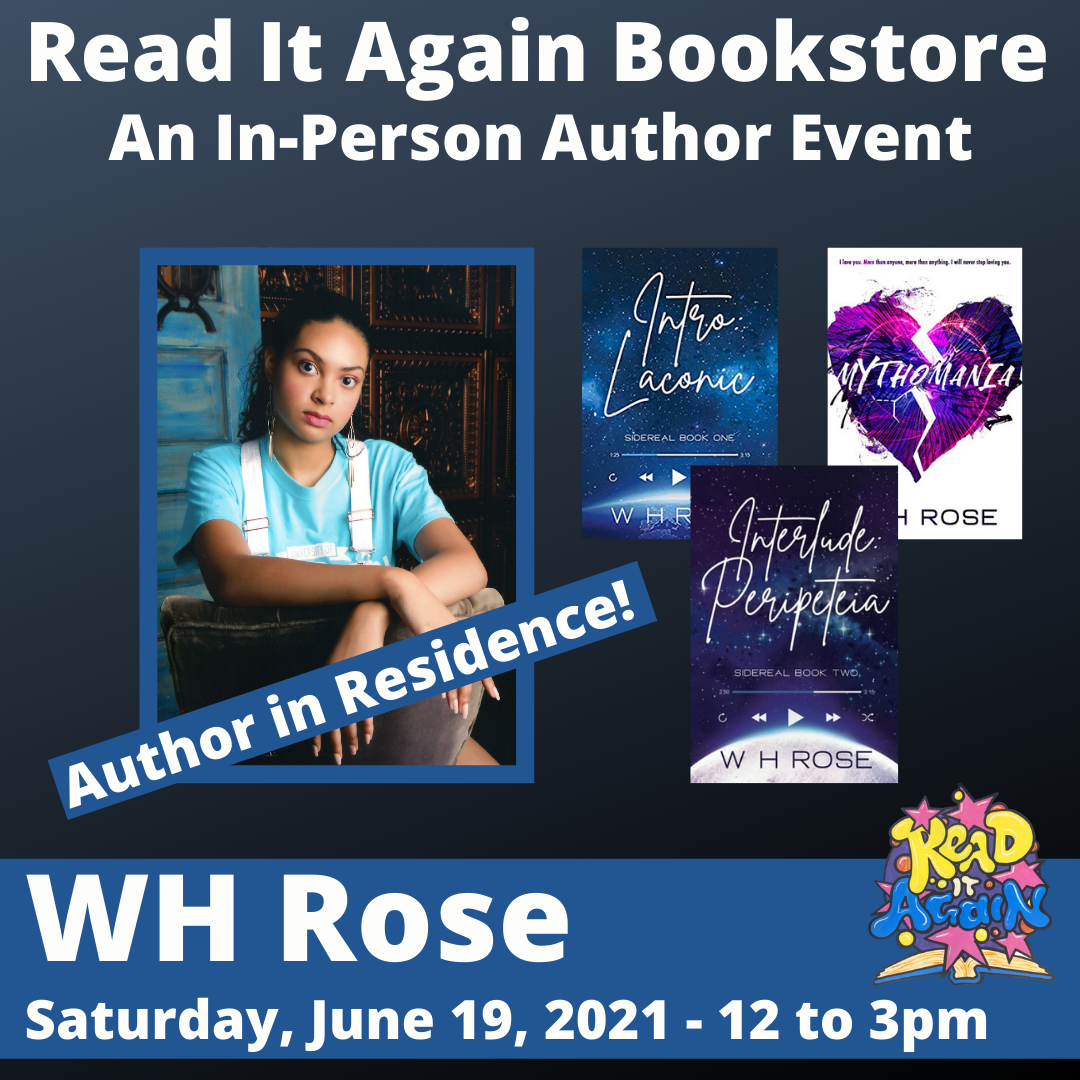 Read It Again Bookstore is very excited to welcome back one of our favorite local authors, WH Rose! Join us June 19th for an in-person, author event! From 12 pm to 3 pm, WH will be our official author in residence. Come and meet this upcoming local author!

Whysteria Rose is a young adult author whose lifelong passion is writing. She has been storytelling as long as she's been able to speak, keeping her friends and family entertained with stories of faraway places and fantastical characters. She published her debut novel, Mythomania, in January of 2020 and continues to write impactful tales.

Whysteria would not be the author she is without the love and support of her wonderful parents.

Venus thought that meeting her soulmate Taein would change her for the better. She never could have imagined uprooting her life and hiding their relationship once she moved across the world.Upon returning to Korea, the spotlight is on Taein’s band Eclipse like never before. Fame and new opportunities should make him happy, but the harsh realities of his career are more draining than anything.When old flames and family secrets start coming out of the shadows, the soulmates are pulled further and further apart, pushing their relationship to the brink of collapse.

Taein Kim, affectionately known as "Blondie", is an incredibly talented young man and leader of the rookie K-Pop group Eclipse. Tae has his whole life and career in front of him, but it comes to a screeching halt when a standard meet and greet leads to him finding his soulmate, a foreign girl named after the goddess of love.Venus Woods is the young heiress of the largest tech corporation in Southeastern America. Her life revolves around meaningless events and empty white walls, devoid of color and purpose. She never thought she would meet her favorite idol group, Eclipse, let alone form the incredibly rare soulmate bond with their leader. As if that’s not life-changing enough, her absent mother is determined to have the two married, using her daughter as a bargaining chip.Separated by lifestyle, culture, and language, the teens have wall after wall between them. None of it stops the blossom of love that blooms in their hearts when they lock eyes under the cover of a thunderstorm.

She's the love of his life, the object of his affection. Too bad she doesn't know it yet.

Isla Montgomery is a normal fan. She supports her favorite K-pop group and swoons over them like every other fangirl. But one Saturday morning her life changes forever when Matoi Jaemin announces to the world that he's in love . . . and with her, a girl he's never even met. He isn't who anyone thought he was, isn't that same smiling man she's used to. Jaemin Matoi is a yandere: a delusional, obsessive, lovesick man whose only medicine is Isla.