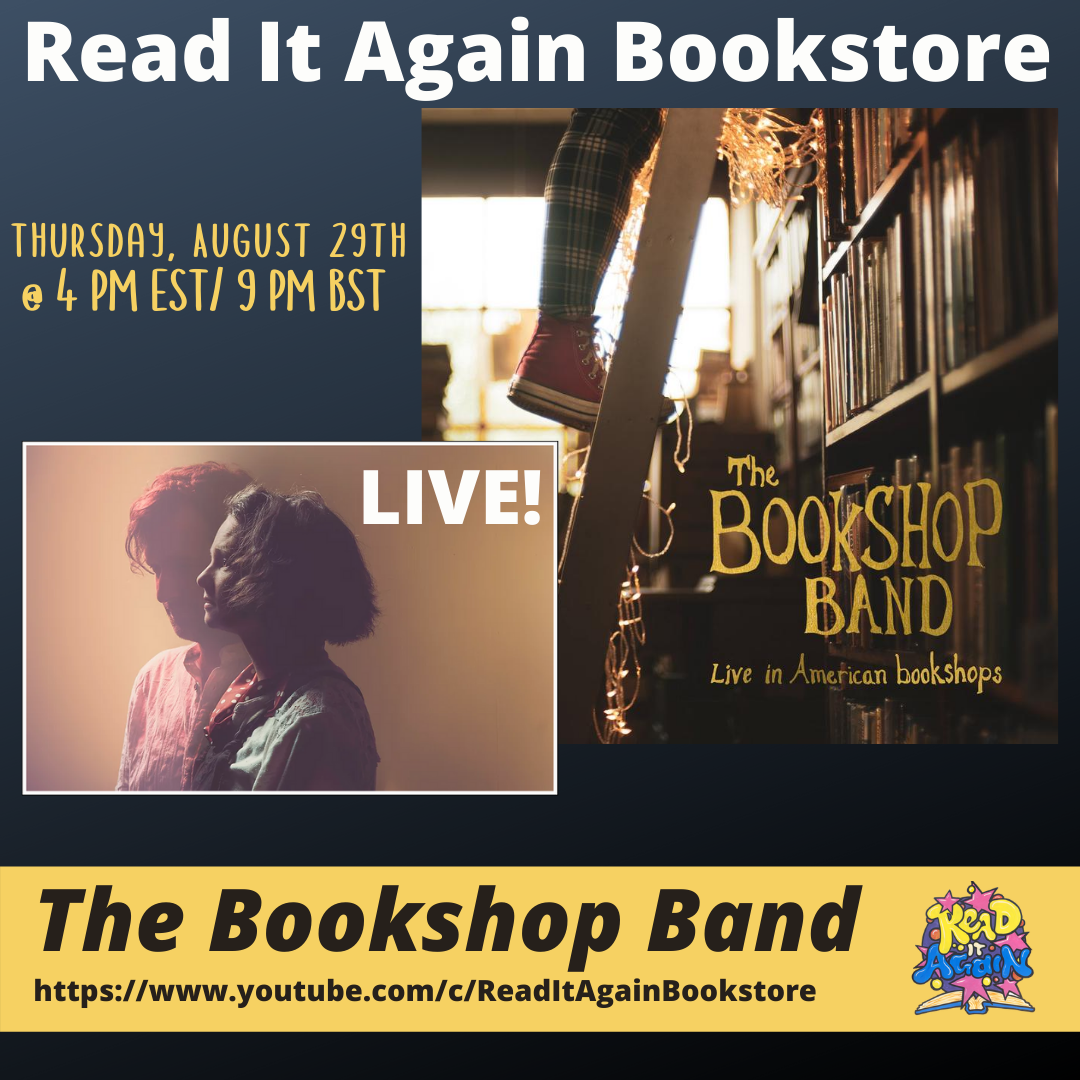 In late 2018 The New York Times laid down a challenge. “If America’s independent booksellers can’t figure a way to get The Bookshop Band to tour America, they’re doing something wrong”. The following year the American Booksellers’ Association invited the band to the USA. This album, recorded LIVE on their debut US tour, follows The Bookshop Band performing in independent bookshops across New Jersey, New York, Colorado and New Mexico, playing songs inspired by contemporary authors from the UK and North America, as well as classics by Lewis Carroll and Shakespeare. The recordings place the listener right within the audience, each song and story captured in the unique ambience of a different bookshop. LIVE IN AMERICAN BOOKSHOPS shines a musical light on bookshops as ambassadors of culture, where people can not only revel in a story but also meet and create their own. It is a celebration of music and bookshops around the world, the people who run them and the people who walk through their doors.

‘The Bookshop Band are great. If I were you I’d get thier album and sell it in my bookshop.’ Margaret Atwood

This album was due to be released alongside a second US tour, which was of course cancelled. Rather than wait for such a time when they could tour again, the band wanted to get the record out as soon as possible to accompany and honour bookshops as they find ways of opening their doors again in this difficult time, and to help remind people about the precious spaces they are.

THE BOOKSHOP BAND
Multi-instrumentalist composers Ben Please & Beth Porter have written songs inspired by books since 2010 when the band began as a creative collaboration with multi-award winning independent bookshop, Mr B’s Emporium of Reading Delights, in Bath (UK). The band would write songs inspired by the books of visiting authors and perform them in front of the author and a small audience in the shop. They have since worked with hundreds of authors, released 13 studio albums, and toured bookshops, libraries and festivals all over the UK, Ireland, Europe, and now North America. They live in Scotland’s Book Town, Wigtown.

For more infomation about The Bookshop Band, check out their website-https://www.thebookshopband.co.uk/home