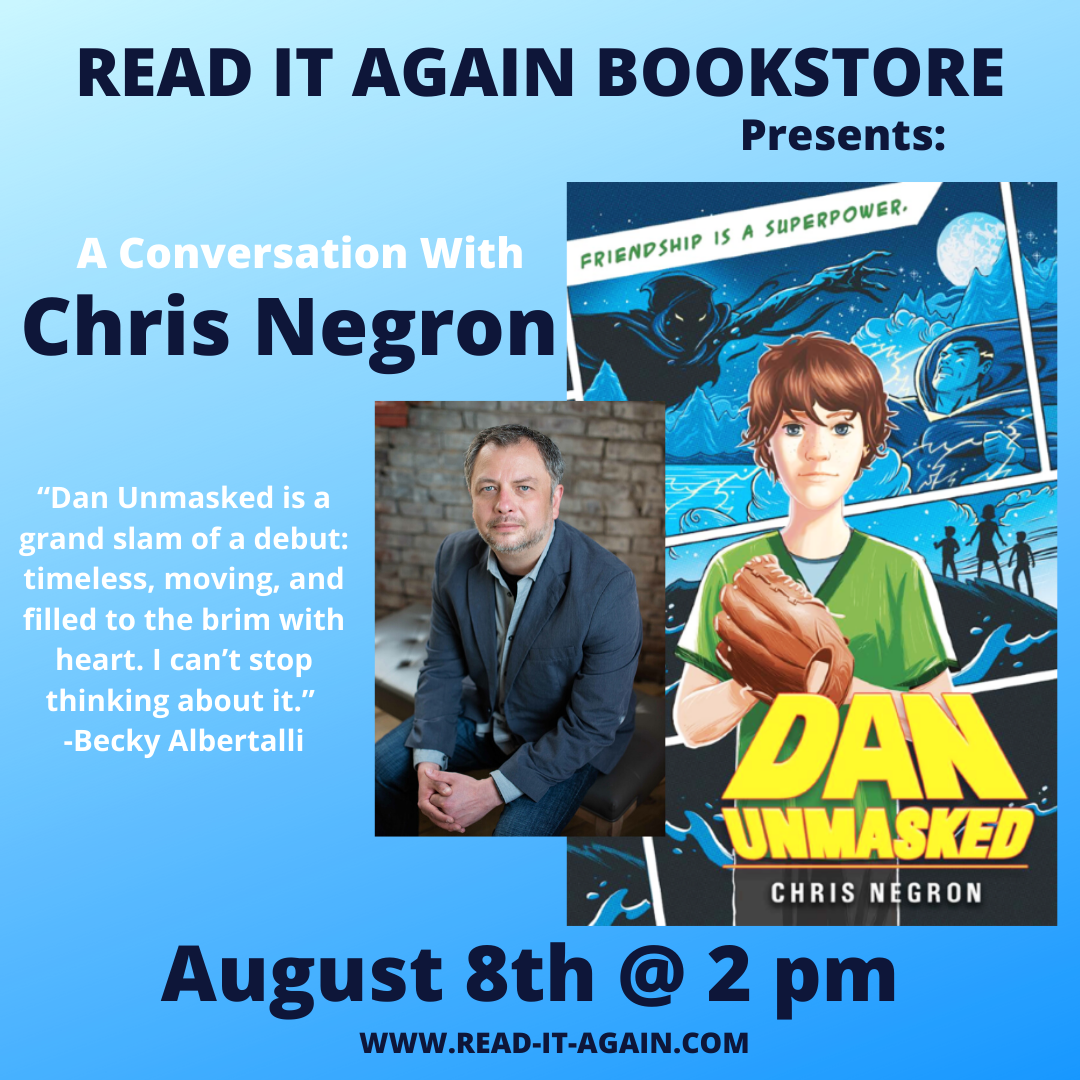 This heartfelt middle grade debut about grief, creativity, and the healing power of friendship shows that not all heroes wear capes and is perfect for fans of John David Anderson and Ali Benjamin.

Whether they’re on the baseball field or in Nate’s basement devouring the newest issue of their favorite comic book, Dan and Nate are always talking. Until they’re not. After an accident at baseball practice, Nate’s fallen into a coma. And if Dan ever wants to talk to Nate again, he’s got to take a page out of his hero Captain Nexus’s book, and do whatever it takes to save the day. But heroes have powers—and without Nate, all Dan has is a closet stuffed with comics and a best-friend-shaped hole in his heart. There’s no way a regular kid can save the day all on his own. Right?

“Dan Unmasked is a grand slam of a debut: timeless, moving, and filled to the brim with heart. I can’t stop thinking about it.” (Becky Albertalli, #1 New York Times bestselling author of Simon vs. the Homo Sapiens Agenda)

"Dan Unmasked is about sports and comics but also about the complicated nature of guilt and grief and the healing power of community. A beautiful new addition to the middle grade canon." (Aisha Saeed, New York Times bestselling author of Amal Unbound)

Chris Negron grew up outside Buffalo, New York, where he spent a huge chunk of his childhood collecting comic books and loving sports. But it was the hours of playing Dungeons and Dragons in friends' basements that first gave him the dream of one day writing his own stories. That dream kept him company through college at Yale University and years of programming computers for big companies. DAN UNMASKED is his debut novel, and he now lives outside Atlanta with his wife, Mary. Visit him at www.chrisnegron.com.