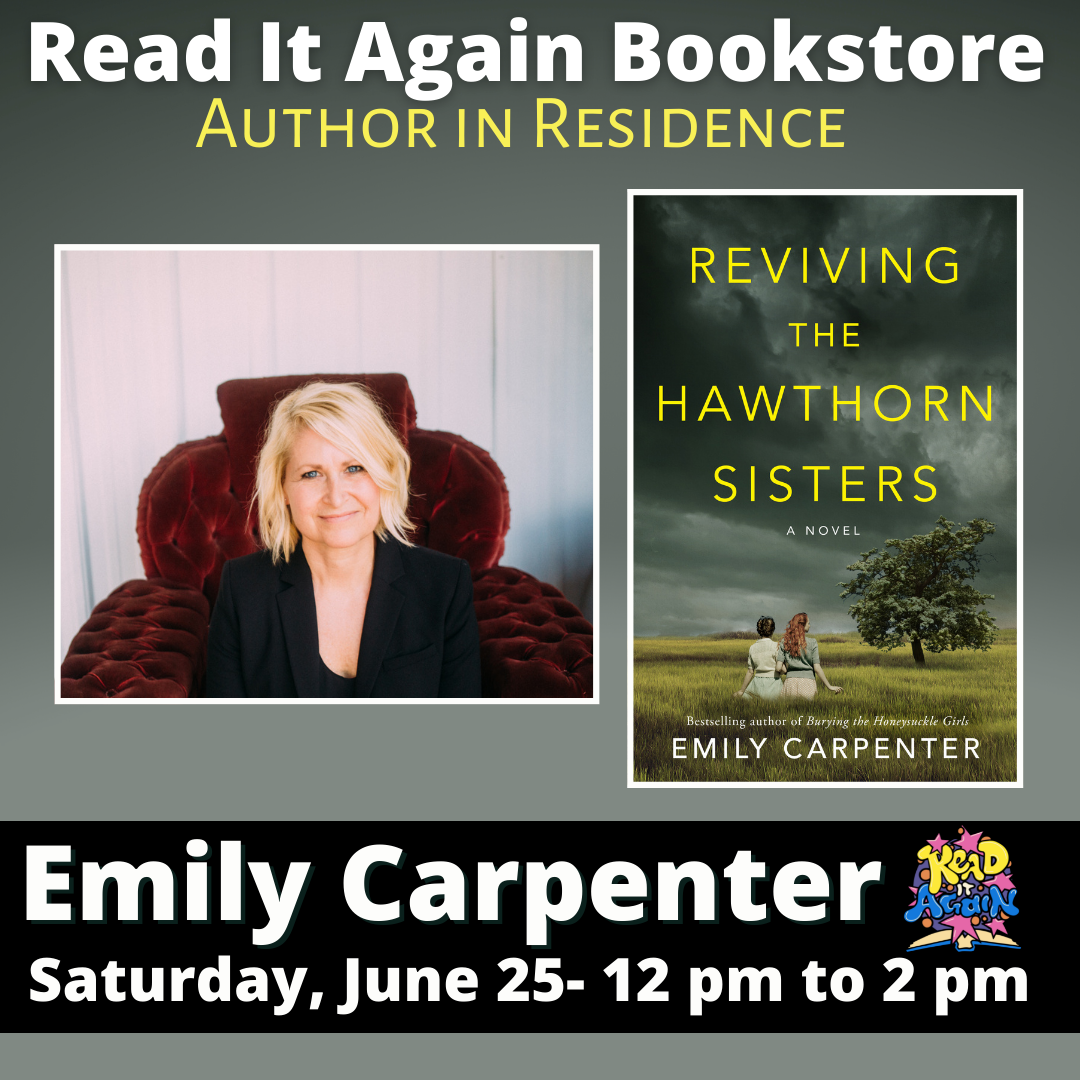 Emily Carpenter is the critically acclaimed, bestselling author of suspense novels, Burying the Honeysuckle Girls, The Weight of Lies (which received starred reviews by both Kirkus and Publishers Weekly), Every Single Secret, Until the Day I Die, all released by Lake Union. Her most recent release is REVIVING THE HAWTHORN SISTERS, which Publishers Weekly called a “refreshingly modern gothic tale” and Kirkus called “an exciting, gothic-tinged quest.” After graduating from Auburn with a Bachelor of Arts in Speech Communication, she moved to New York City. She’s worked as an actor, producer, screenwriter, and behind-the-scenes soap opera assistant for the CBS shows, As the World Turns and Guiding Light. She’s a member of Tall Poppy Writers, International Thriller Writers, Mystery Writers of America, and Sisters in Crime. Born and raised in Birmingham, Alabama, she now lives in Atlanta, Georgia with her family. You can visit Emily at emilycarpenterauthor.com and on Facebook and Twitter (@EmilyDCarpenter) and Instagram (@emily.d.c).

The bestselling author of Burying the Honeysuckle Girls returns to uncover a faith healer’s elusive and haunted past.

Dove Jarrod was a renowned evangelist and faith healer. Only her granddaughter, Eve Candler, knows that Dove was a con artist. In the eight years since Dove’s death, Eve has maintained Dove’s charitable foundation—and her lies. But just as a documentary team wraps up a shoot about the miracle worker, Eve is assaulted by a vengeful stranger intent on exposing what could be Dove’s darkest secret: murder…

Tuscaloosa, 1934: a wily young orphan escapes the psychiatric hospital where she was born. When she joins the itinerant inspirational duo the Hawthorn Sisters, the road ahead is one of stirring new possibilities. And with an obsessive predator on her trail, one of untold dangers. For a young girl to survive, desperate choices must be made.

Now, to protect her family, Eve will join forces with the investigative filmmaker and one of Dove’s friends, risking everything to unravel the truth behind the accusations against her grandmother. But will the truth set her free or set her world on fire?

Until the Day I Die (Paperback)