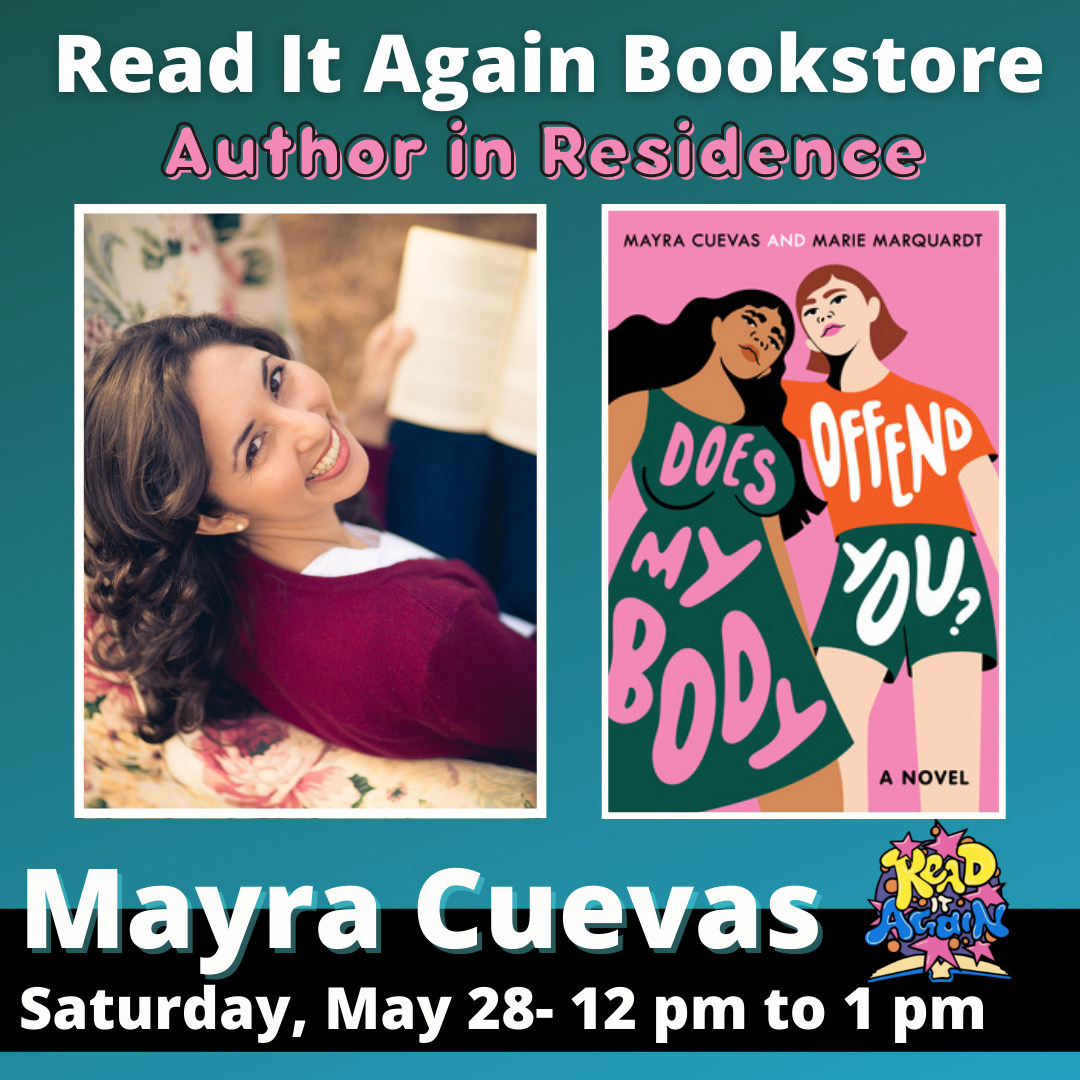 Read It Again Bookstore is excited to welcome back one of our favorite authors, Mayra Cuevas! Join us on May 28th for a quick meet and greet at 12 pm. Come by and say hi!

Born and raised in Puerto Rico, Mayra is a professional journalist and fiction writer who prefers love stories with a happy ending. Her debut fiction short story was selected by best-selling author Becky Albertalli to appear in the Foreshadow YA serial anthology in 2019. She is currently a special projects producer for CNN. She keeps her sanity by practicing Buddhist meditation and serving on the Board of Directors of Kadampa Meditation Center Georgia. She lives with her husband, also a CNN journalist, and their cat, in the charming town of Norcross, Georgia. She is also the step-mom to two amazing young men who provide plenty of inspiration for her stories. Her claim to fame came as she and her husband appeared in Season 2 of Buying and Selling with the Property Brothers. Follow her journey on Twitter @MayraECuevas, on Instagram @Mayra.Cuevas and her website MayraCuevas.com.

A timely story of two teenagers who discover the power of friendship, feminism, and standing up for what you believe in, no matter where you come from. A collaboration between two gifted authors writing from alternating perspectives, this compelling novel shines with authenticity, courage, and humor.

Malena Rosario is starting to believe that catastrophes come in threes. First, Hurricane María destroyed her home, taking her unbreakable spirit with it. Second, she and her mother are now stuck in Florida, which is nothing like her beloved Puerto Rico. And third, when she goes to school bra-less after a bad sunburn and is humiliated by the school administration into covering up, she feels like she has no choice but to comply.

Ruby McAllister has a reputation as her school's outspoken feminist rebel. But back in Seattle, she lived under her sister’s shadow. Now her sister is teaching in underprivileged communities, and she’s in a Florida high school, unsure of what to do with her future, or if she’s even capable making a difference in the world. So when Ruby notices the new girl is being forced to cover up her chest, she is not willing to keep quiet about it.

Neither Malena nor Ruby expected to be the leaders of the school's dress code rebellion. But the girls will have to face their own insecurities, biases, and privileges, and the ups and downs in their newfound friendship, if they want to stand up for their ideals and––ultimately––for themselves.

Does My Body Offend You? (Hardcover)