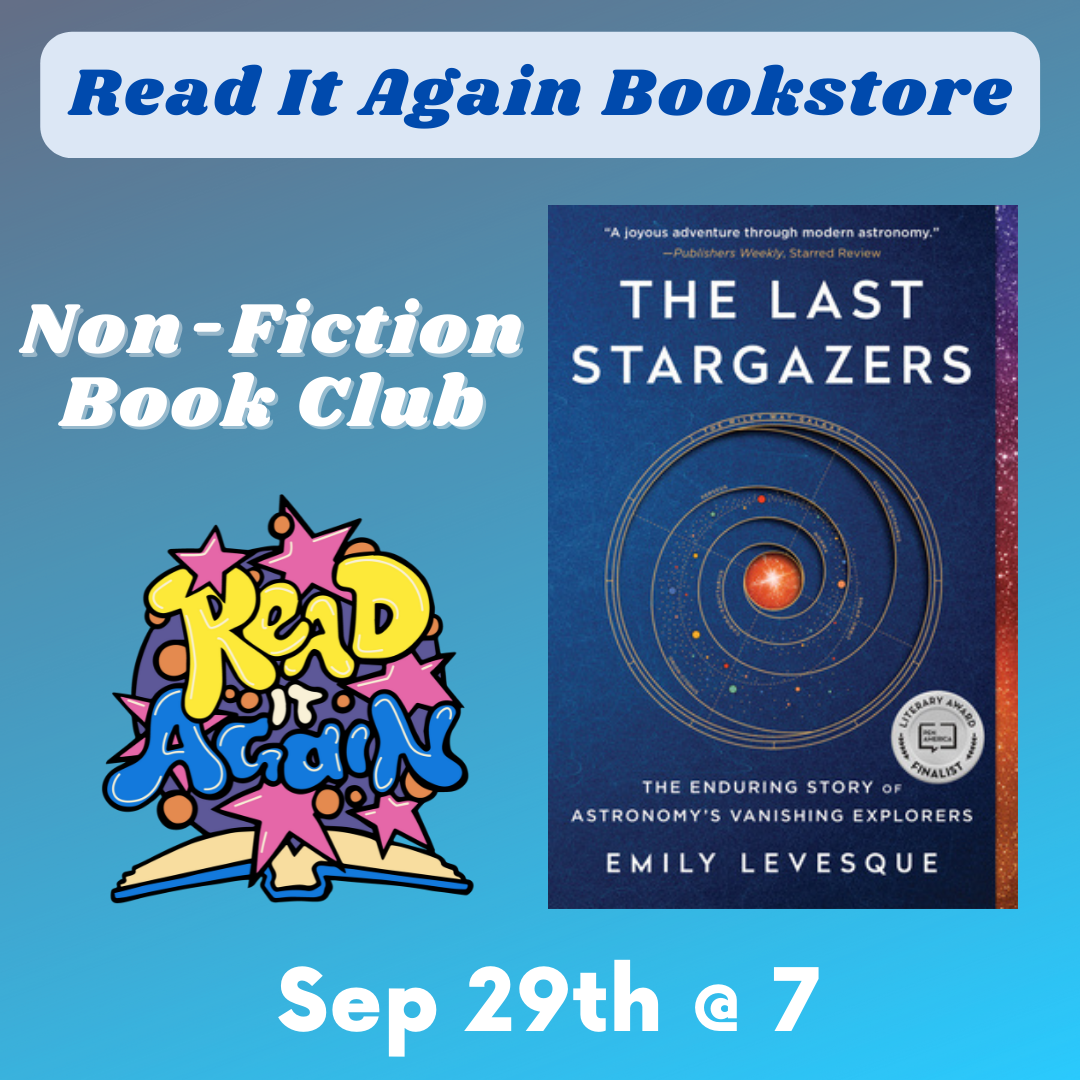 Join us on September 29th at 7 pm for our Non-Fiction Book Club's discussion of  The Last Stargazers: The Enduring Story of Astronomy's Vanishing Explorers by Emily Levesque

The story of the people who see beyond the stars—an astronomy book for adults still spellbound by the night sky.

Humans from the earliest civilizations through today have craned their necks each night, using the stars to orient themselves in the large, strange world around them. Stargazing is a pursuit that continues to fascinate us: from Copernicus to Carl Sagan, astronomers throughout history have spent their lives trying to answer the biggest questions in the universe. Now, award-winning astronomer Emily Levesque shares the stories of modern-day stargazers in this new nonfiction release, the people willing to adventure across high mountaintops and to some of the most remote corners of the planet, all in the name of science.

From the lonely quiet of midnight stargazing to tall tales of wild bears loose in the observatory, The Last Stargazers is a love letter to astronomy and an affirmation of the crucial role that humans can and must play in the future of scientific discovery.

In this sweeping work of narrative science, Levesque shows how astronomers in this scrappy and evolving field are going beyond the machines to infuse creativity and passion into the stars and space and inspires us all to peer skyward in pursuit of the universe's secrets.

"Levesque leads readers on a pilgrimage to observatories throughout the world in her wonderful debut. This will particularly appeal to young women interested in science, but any stargazer would enjoy this joyous adventure through modern astronomy." — Publishers Weekly, STARRED Review

"If you've ever wondered what astronomers do--what they really do—and the human journey from the era of eyepieces to gigantic robotic cameras, The Last Stargazers puts you there with compelling honesty, following the scientists and students with hundred-ton telescopes as backdrop." — Erik Asphaug, author of When the Earth Had Two Moons