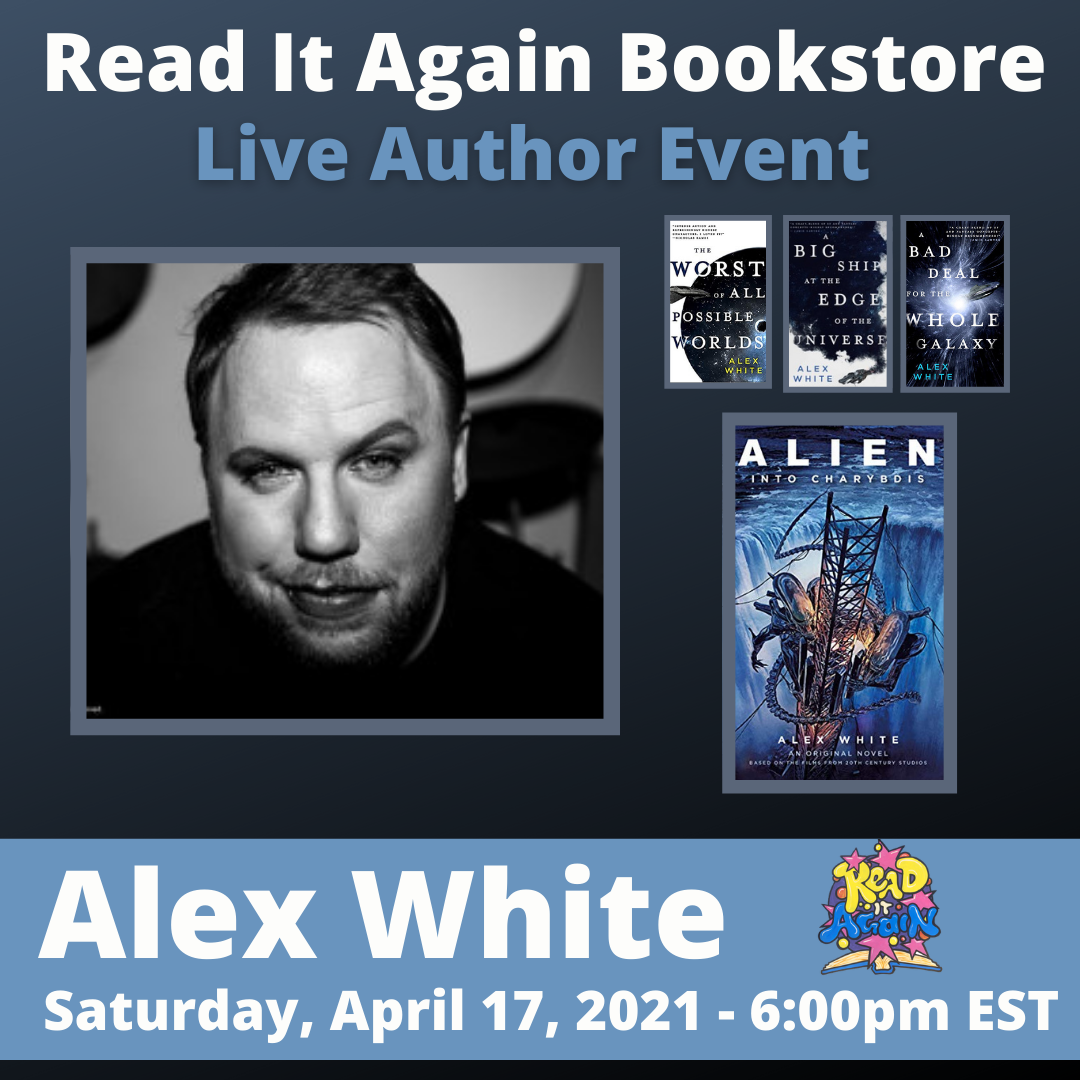 Read It Again Bookstore is excited to welcome Alex White to our Online Authors Series. Our Scifi Book Club chose to read Alex's critically acclaimed book, A Big Ship at the Edge of the Universe for the month of April. Join us April 17th at 6pm EST when we sit down to talk with Alex about their books. We can't wait!

You can join this event here: https://www.youtube.com/watch?v=jn7jGg9wvTg

The critically acclaimed author of Alien: The Cold Forge takes readers to a rogue colony where terror lurks in the tunnels of an abandoned Weyland-Yutani complex.
“Shy” Hunt and the tech team from McAllen Integrations thought they’d have an easy job—set up environmental systems for the brand new Hasanova Data Solutions colony, built on the abandoned ruins of a complex known as “Charybdis.” There are just two problems: the colony belongs to the Iranian state, so diplomacy is strained at best, and the complex is located above a series of hidden caves that contain deadly secrets. When a bizarre ship lands on a nearby island, one of the workers is attacked by a taloned creature, and trust evaporates between the Iranians and Americans. The McAllen Integrations crew are imprisoned, accused as spies, but manage to send out a distress signal… to the Colonial Marines.

Alex White was born and raised in the American south. They take photos, write music and spend hours on YouTube watching other people blacksmith. They value challenging and subversive writing, but they'll settle for a good time.

In the shadow of rockets in Huntsville, Alabama, Alex lives and works as an experience designer with their spouse, son, two dogs and a cat named Grim. Favored past times include Legos and racecars. They take their whiskey neat and their espresso black.

Alex is the author of THE SALVAGERS book series (Orbit, 2018), a magical space opera treasure hunt, ALIEN: THE COLD FORGE (Titan, 2018)(yes, THAT Alien), and EVERY MOUNTAIN MADE LOW (Solaris, 2016), a dystopian Southern American yarn.

The Worst of All Possible Worlds (The Salvagers #3) (Paperback)

A Bad Deal for the Whole Galaxy (The Salvagers #2) (Paperback)