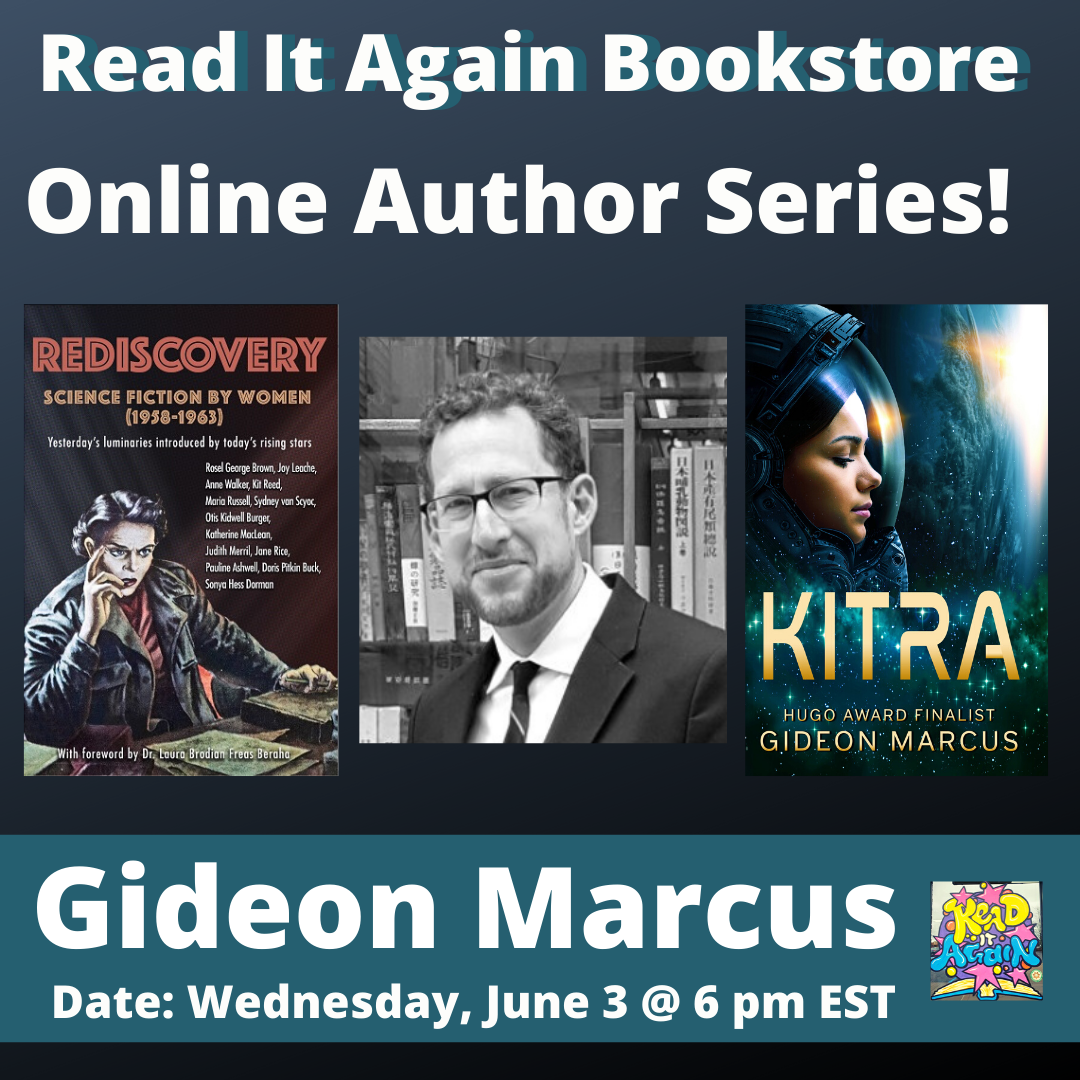 Gideon Marcus is a professional space historian, author, and public speaker with a passion for teaching. He literally wrote the book on the early automated American space program in a series of articles for Quest: Space Quarterly.

Gideon is the founder of the Serling-Award winning and Hugo-nominated web project, galacticjourney.org, the mission of which is to recover the lost voices of SFF and the Space Race, making the past relevant to today. To that end, he has assembled a diverse team of twenty individuals, covering Science Fact and Fiction across the globe as it existed exactly 55 years ago. His educational series of lectures/panels, performed at conventions and public venues across the West Coast, are must-see events, both entertaining and enlightening.

Rediscovery: Science Fiction by Women (1958-1963) features fourteen selections of the best science fiction of the Silver Age by the unsung women authors of yesteryear.

The Silver Age of Science Fiction saw a wealth of compelling speculative tales -- and women authors wrote some of the best of the best. Yet the stories of this era, especially those by women, have been largely unreprinted, unrepresented, and unremembered.

Stranded in space: no fuel, no way home...and no one coming to help.Nineteen-year-old Kitra Yilmaz dreams of traveling the galaxy like her Ambassador mother. But soaring in her glider is the closest she can get to touching the stars--until she stakes her inheritance on a salvage Navy spaceship.On its shakedown cruise, Kitra's ship plunges into hyperspace, stranding Kitra and her crew light years away. Tensions rise between Kitra and her shipmates: the handsome programmer, Fareedh; Marta, biologist and Kitra's ex-girlfriend; Peter, the panicking engineer, and the oddball alien navigator, Pinky. Now, running low on air and food, it'll take all of them working together to get back home.