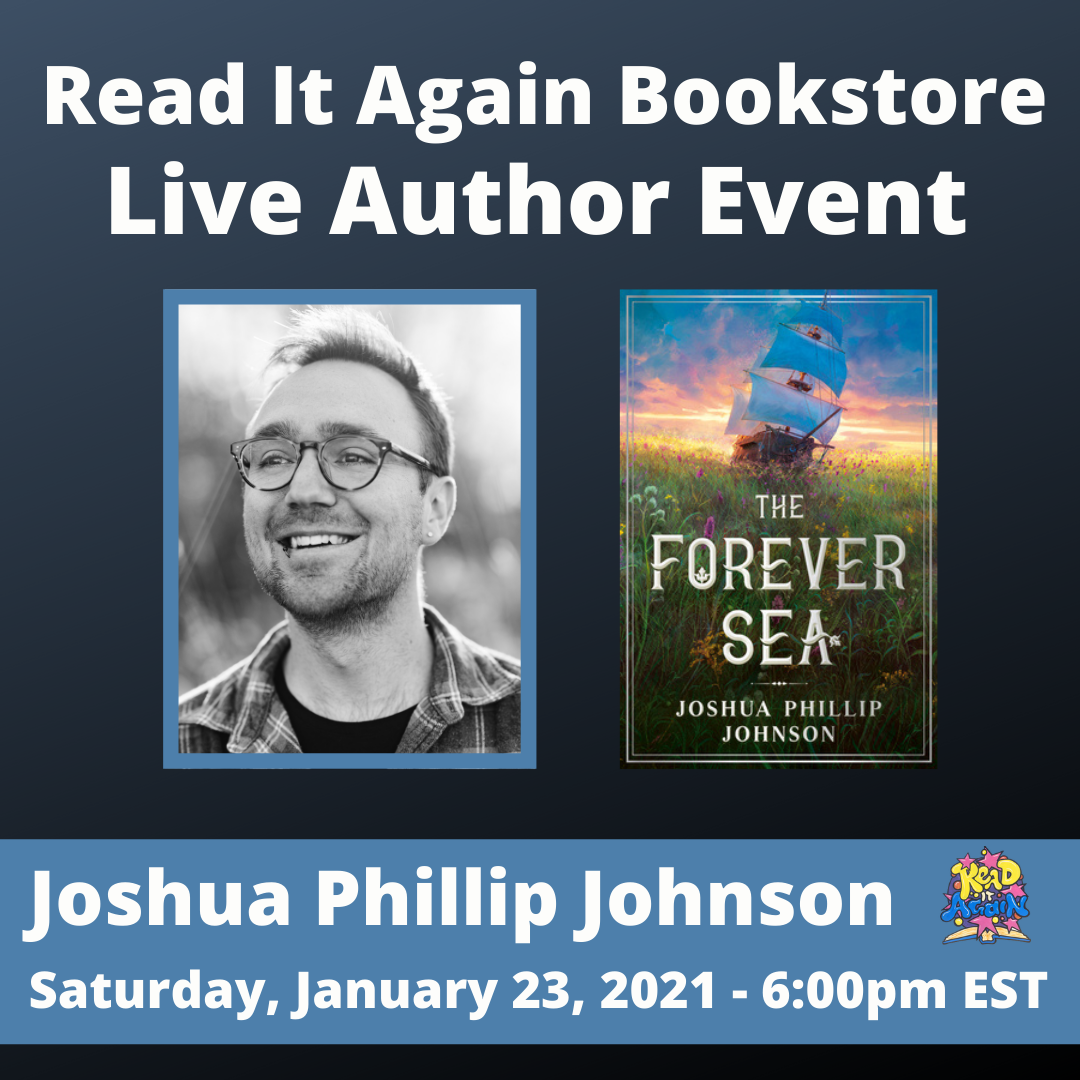 Read It Again Bookstore is excited to welcome Joshua Phillip Johnson to our live online author series. Join us January 23rd at 6pm EST, we we talk about his new book The Forever Sea.

You can join this event here- https://www.youtube.com/watch?v=oWEuqq4HrBU

The first book in a new environmental epic fantasy series set in a world where ships kept afloat by magical hearthfires sail an endless grass sea.

On the never-ending, miles-high expanse of prairie grasses known as the Forever Sea, Kindred Greyreach, hearthfire keeper and sailor aboard harvesting vessel The Errant, is just beginning to fit in with the crew of her new ship when she receives devastating news. Her grandmother—The Marchess, legendary captain and hearthfire keeper—has stepped from her vessel and disappeared into the sea.

But the note she leaves Kindred suggests this was not an act of suicide. Something waits in the depths, and the Marchess has set out to find it.

To follow in her grandmother’s footsteps, Kindred must embroil herself in conflicts bigger than she could imagine: a water war simmering below the surface of two cultures; the politics of a mythic pirate city floating beyond the edges of safe seas; battles against beasts of the deep, driven to the brink of madness; and the elusive promise of a world below the waves.

Kindred finds that she will sacrifice almost everything—ship, crew, and a life sailing in the sun—to discover the truth of the darkness that waits below the Forever Sea.

Joshua Phillip Johnson lives in a little green house on what used to be the prairie with his partner and their child. His work has appeared in Syntax & Salt, The Future Fire, and Metaphorosis Magazine, among others. He teaches at a small liberal arts university. The Forever Sea is his first novel.