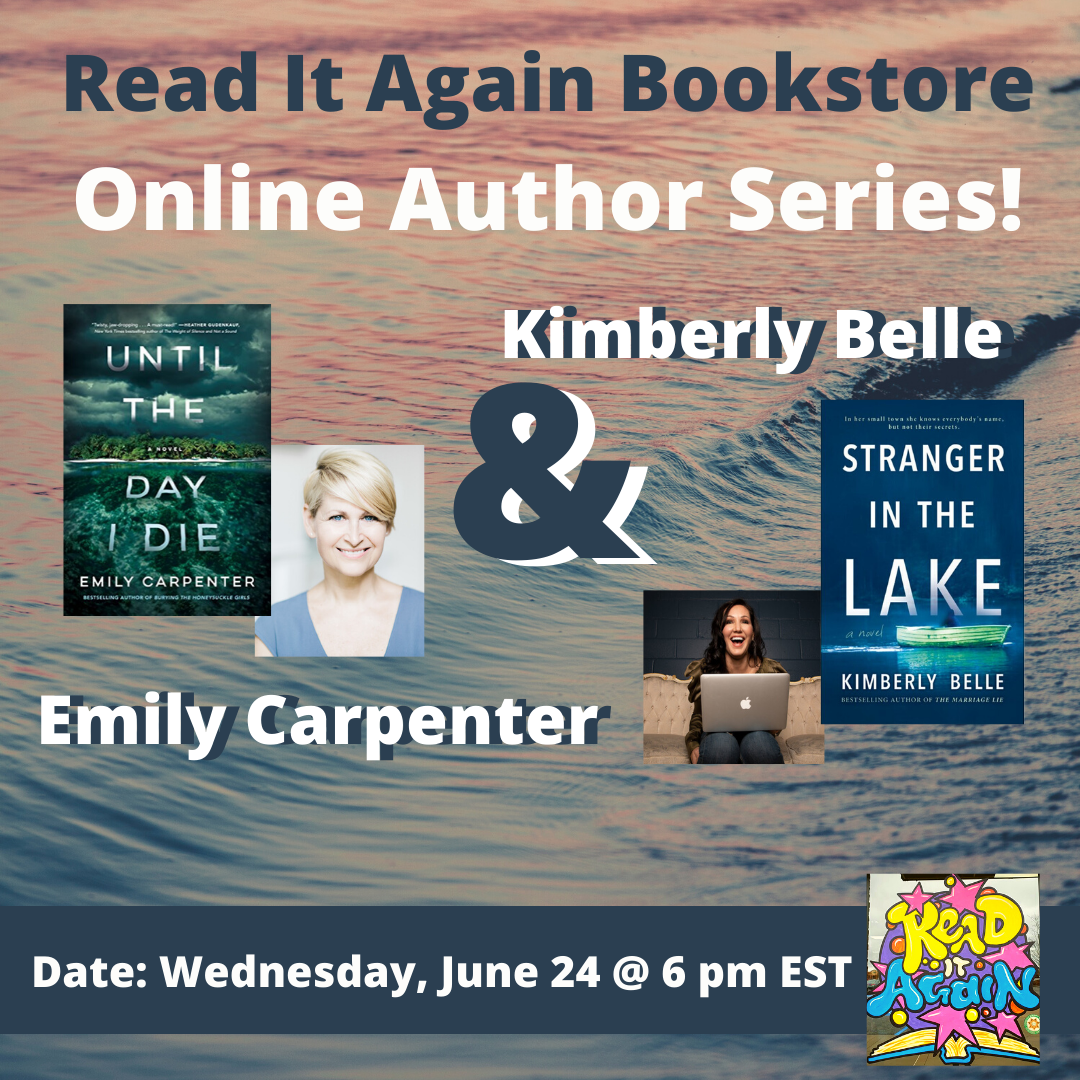 Read It Again Bookstore is excited to welcome back Emily Carpenter and Kimberly Belle! Join us Wednesday, June 24 at 6pm! Kimberly and Emily are are always a treat to have in the store, this time this event will be on our YouTube and Facebook pages. You can ask questions in the comments and we will post them in the interview!

You can watch this event here- https://www.youtube.com/watch?v=nvkktmsK5Hw

Kimberly Belle is the USA Today and internationally bestselling author of six novels, including the forthcoming Stranger in the Lake (June 2020). Her third novel, The Marriage Lie, was a semifinalist in the 2017 Goodreads Choice Awards for Best Mystery & Thriller, and a #1 e-book bestseller in the UK and Italy. She’s sold rights to her books in a dozen languages as well as film and television options. A graduate of Agnes Scott College, Belle divides her time between Atlanta and Amsterdam.

Stranger in the Lake- 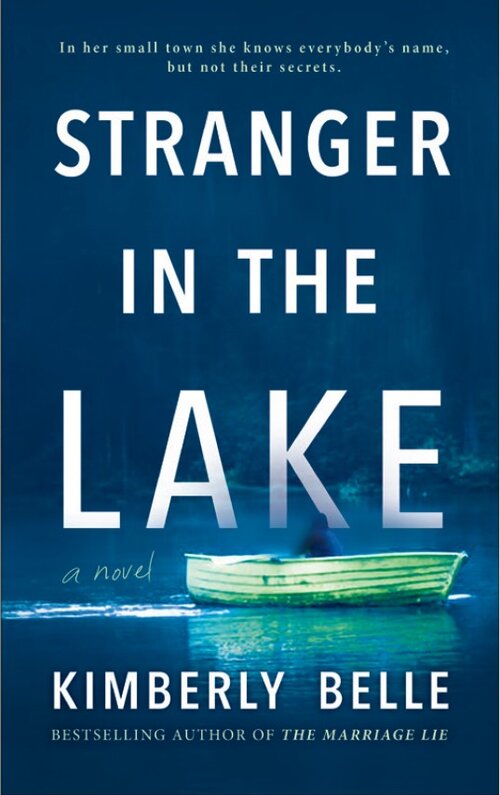 In her small town she knows everybody’s name, but not their secrets.

When Charlotte married older and wealthy widower Paul, it caused a ripple of gossip in their small lakeside town. They have a charmed life together, despite the cruel whispers about her trailer-park past and his first marriage. But everything starts to unravel when she discovers a young woman’s body floating in the exact same spot where Paul’s first wife tragically drowned.

At first, her death seems like a horrific coincidence, but the stranger in the lake is no stranger. Charlotte saw Paul talking to her the day before, even though Paul tells the police he’s never met the woman. His lie exposes cracks in their fragile new marriage, cracks Charlotte is determined to keep from breaking them in two.

But as secrets and people from Paul’s past begin to surface, Charlotte uncovers dark mysteries that have been simmering under the lake’s waters for years. She doesn’t know what to trust—her heart, which knows Paul to be a good man, or her growing suspicion that there’s something he’s desperate to hide.

Emily Carpenter is the critically acclaimed, bestselling author of suspense novels, Burying the Honeysuckle Girls, The Weight of Lies, and Every Single Secret. After graduating from Auburn with a Bachelor of Arts in Speech Communication, she moved to New York City. She’s worked as an actor, producer, screenwriter, and behind-the-scenes soap opera assistant for the CBS shows, As the World Turns and Guiding Light. Born and raised in Birmingham, Alabama, she now lives in Atlanta, Georgia with her family.

Until the Day I Die 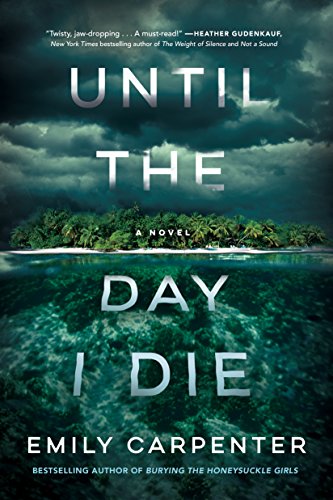 If there’s a healthy way to grieve, Erin Gaines hasn’t found it. After her husband’s sudden death, the runaway success of the tech company they built with their best friends has become overwhelming. Her nerves are frayed, she’s disengaged, and her frustrated daughter, Shorie, is pulling away from her. Maybe Erin’s friends and family are right. Maybe a few weeks at a spa resort in the Caribbean islands is just what she needs to hit the reset button…

Shorie is not only worried about her mother’s mental state but also for the future of her parents’ company. Especially when she begins to suspect that not all of Erin’s colleagues can be trusted. It seems someone is spinning an intricate web of deception—the foundation for a conspiracy that is putting everything, and everyone she loves, at risk. And she may be the only one who can stop it.

Now, thousands of miles away in a remote, and oftentimes menacing, tropical jungle, Erin is beginning to have similar fears. Things at the resort aren’t exactly how the brochure described, and unless she’s losing her mind, Erin’s pretty sure she wasn’t sent there to recover—she was sent to disappear.

Stranger in the Lake (Paperback)

Until the Day I Die (Paperback)