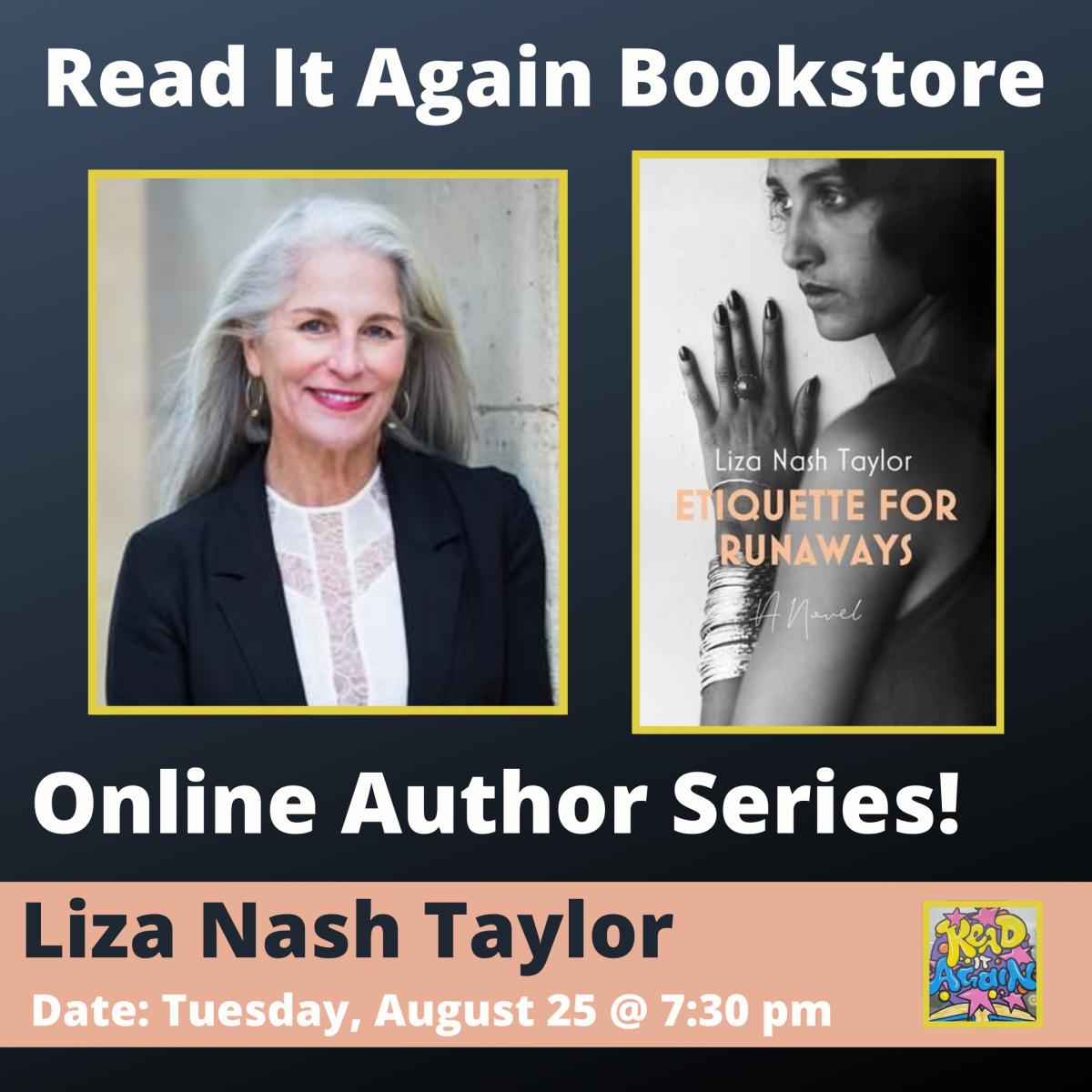 Join us August 25th at 7:30 pm for An Online Conversation with Liza Nash Taylor!

Liza Nash Taylor was a 2018 Hawthornden International Fellow and received her MFA from Vermont College of Fine Arts. The 2016 winner of the San Miguel Writer's Conference Fiction Prize, her work has appeared in Microchondria II, Gargoyle Magazine, and Deep South, amongst others. A native Virginian, she lives in Keswick with her husband and dogs.

You can watch this event here- https://www.youtube.com/watch?v=hTVSxPdz3dk

"This is a great coming-of-age novel about life lessons, loyalty, and forgiveness in a fast-spinning, glittering world full of temptation and opportunity. Beautifully done!"
-Kathleen Grissom, New York Times bestselling author of The Kitchen House and Glory over Everything

1924. May Marshall is determined to spend the dog days of summer in self-imposed exile at her father’s farm in Keswick, Virginia. Following a naive dalliance that led to heartbreak and her expulsion from Mary Baldwin College, May returns home with a shameful secret only to find her father’s orchard is now the site of a lucrative moonshining enterprise. Despite warnings from the one man she trusts—her childhood friend Byrd—she joins her father’s illegal business. When authorities close in and her father, Henry, is arrested, May goes on the run.

May arrives in New York City, determined to reinvent herself as May Valentine and succeed on her own terms, following her mother’s footsteps as a costume designer. The Jazz Age city glitters with both opportunity and the darker temptations of cocaine and nightlife. From a start mending sheets at the famed Biltmore Hotel, May falls into a position designing costumes for a newly formed troupe of African American entertainers bound for Paris. Reveling in her good fortune, May will do anything for the chance to go abroad, and the lines between right and wrong begin to blur. When Byrd shows up in New York, intent upon taking May back home, she pushes him, and her past, away.

In Paris, May’s run of luck comes to a screeching halt, spiraling her into darkness as she unravels a painful secret about her past. May must make a choice: surrender to failure and addiction, or face the truth and make amends to those she has wronged. But first, she must find self-forgiveness before she can try to reclaim what her heart craves most.