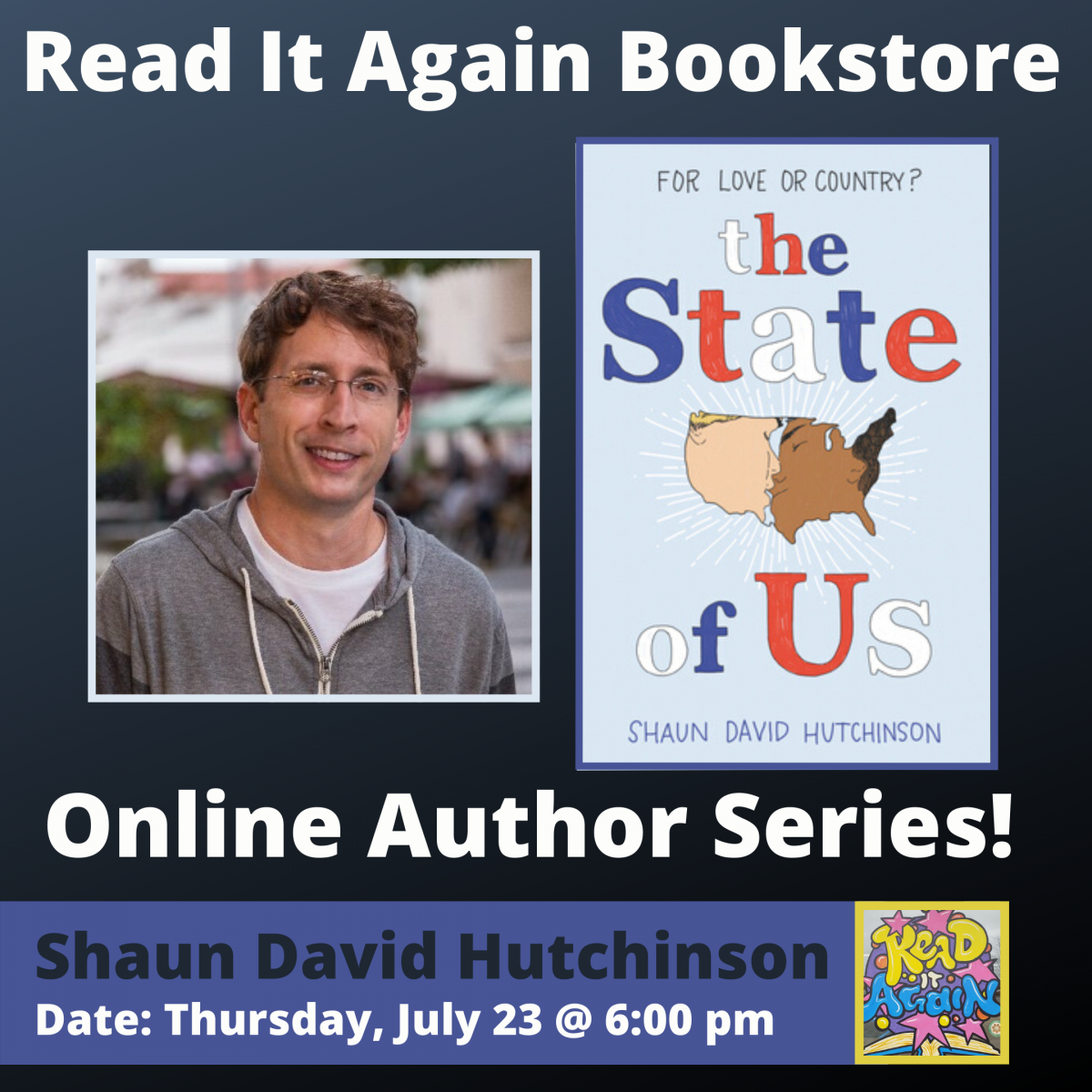 Read It Again Bookstore LOVES Shaun David Hutchinson. Our staff has been fighting over who gets to talk to him about his new book The State of Us! Join us July 23rd at 6 pm to find out who gets the privilege to talk to Shaun. You can tune on our Facebook page and our YouTube channel. Save the date, this is going to be fun.

Shaun David Hutchinson is the author of numerous books for young adults, including The Five Stages of Andrew Brawley, which won the Florida Book Awards' Gold Medal in the Young Adult category and was named to the ALA's 2015 Rainbow Book List; the anthology Violent Ends, which received a starred review from VOYA; and We Are the Ants, which received five starred reviews and was named a best book of January 2016 by Amazon.com, Kobo.com, Publishers Weekly, and iBooks. He lives in South Florida with his adorably chubby dog, and enjoys Doctor Who, comic books, and yelling at the TV. Visit him at ShaunDavidHutchinson.com.

The State of Us-

"Dre and Dean have got my vote!"—Adib Khorram, award-winning author of Darius the Great Is Not Okay

When Dean Arnault’s mother decided to run for president, it wasn’t a surprise to anyone, least of all her son. But still that doesn’t mean Dean wants to be part of the public spectacle that is the race for the White House—at least not until he meets Dre.

The only problem is that Dre Rosario's on the opposition; he’s the son of the Democratic nominee. But as Dean and Dre’s meet-ups on the campaign trail become less left to chance, their friendship quickly becomes a romantic connection unlike any either of the boys have ever known.

If it wasn’t hard enough falling in love across the aisle, the political scheming of a shady third-party candidate could cause Dean and Dre’s world to explode around them.

It’s a new modern-day, star-crossed romance about what it really means to love your country—and yourself—from the acclaimed author of We Are the Ants and Brave Face, Shaun David Hutchinson.

The State of Us (Hardcover)

We Are the Ants (Paperback)

At the Edge of the Universe (Paperback)

The Past and Other Things That Should Stay Buried (Paperback)

The Apocalypse of Elena Mendoza (Paperback)