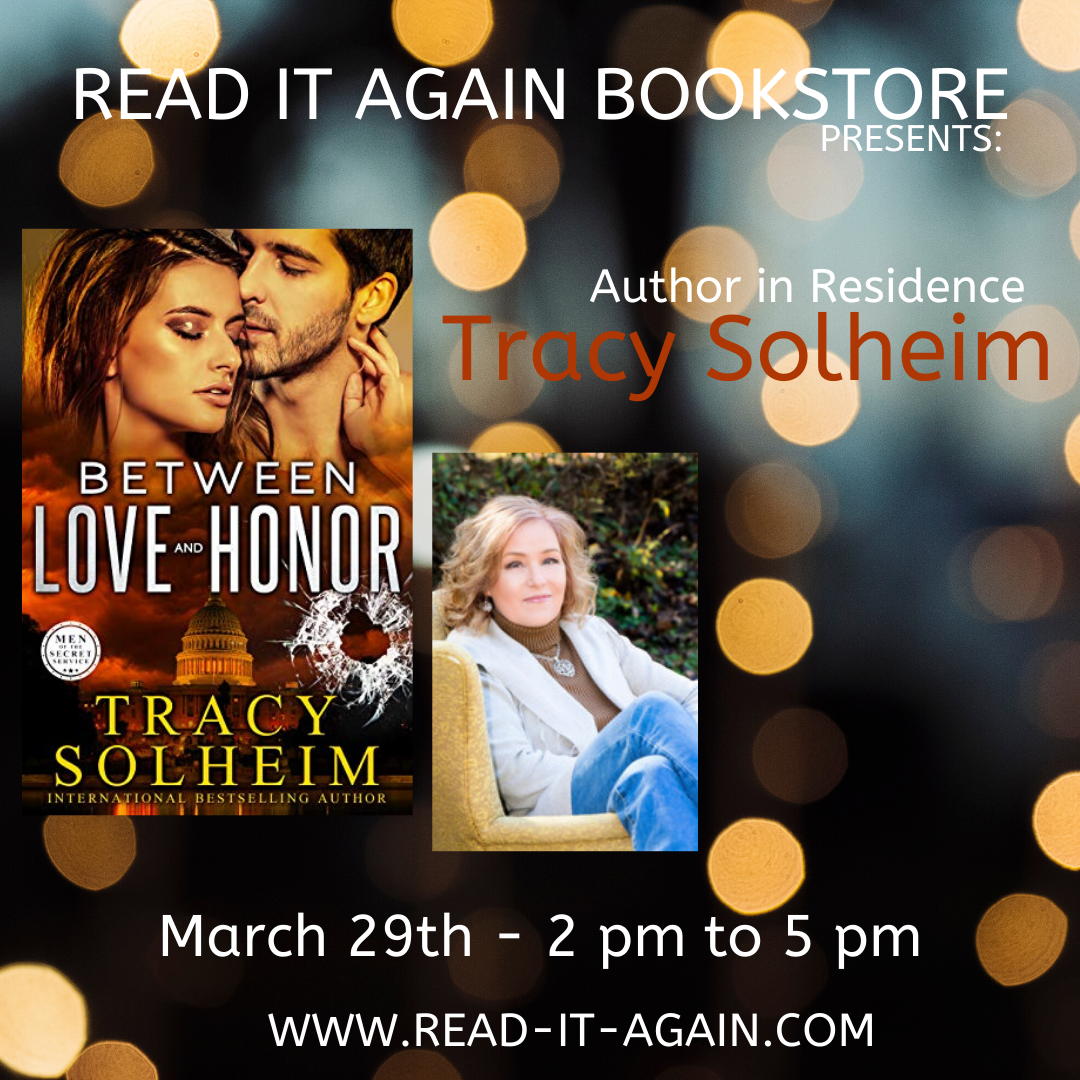 We will be posting this interview onto our YouTube page and hosting a watch party on our Facebook page.

After years of writing reports and testimony for Congress, Tracy Solheim decided to put her creative talents to better use. A two-time finalist for the Maggie Award for Excellence, she’s the USA Today best- selling author of twelve contemporary sports romance, romantic suspense, and small-town second
chance novels. When she’s not writing, she’s working with aspiring authors to help them hone their craft. Having spent her entire life living with acute degenerative myopia, she is often called upon by writing groups to speak about navigating through disability to get the words on the page. Tracy lives in
the heart of SEC country, also known as the suburbs of Atlanta, with her husband, two adult children who frequently show up at dinner time, and a neurotic Labrador retriever who keeps her company while she writes.

BETWEEN LOVE AND HONOR

Will their double lives deceive their hearts? The Secret Service’s number one cyber asset, Special Agent Ben Segar, has a reputation for playing it straight... until a top-secret assignment has him cozying up to his runaway prom-date. Now, he’s willing to break a few rules to get even. Potentially
unmasking a traitor at the same time makes his revenge even sweeter. Photographer Quinn Darby was born into the spy game. When her very existence is threatened, she turns to the man she vowed never to deceive again for help. Except Ben is no longer the mild-mannered lab partner she once loved. Instead, he’s a full-grown, Alpha-man whose appeal is nearly irresistible. And to protect him, she must
keep him from learning the truth about her double life.

Soon, Quinn and Ben are embroiled in a cat-and-mouse game with the enemy—and each other. Ben finds himself risking his job, national security and his life for a woman he swore to never trust again. As the case intensifies, so does the heat between them, until the op’s greatest casualties may be their hearts.

BETWEEN LOVE AND HONOR is the third installment in USA Today bestselling author Tracy Solheim’s award-nominated series featuring agents of the Secret Service. The country’s top cyber asset is suddenly reunited with the woman who ghosted him at their senior prom. The two find themselves embroiled in a cat-and-mouse game with the enemy—and each other. Soon, the agent is risking his job, national security and his life for a woman he swore to never trust again. As the case intensifies, so does the heat between them, until the op’s greatest casualties may be their hearts.

Between Love and Honor (Paperback)

Shot in the Dark (Paperback)

Powered by My Must Reads