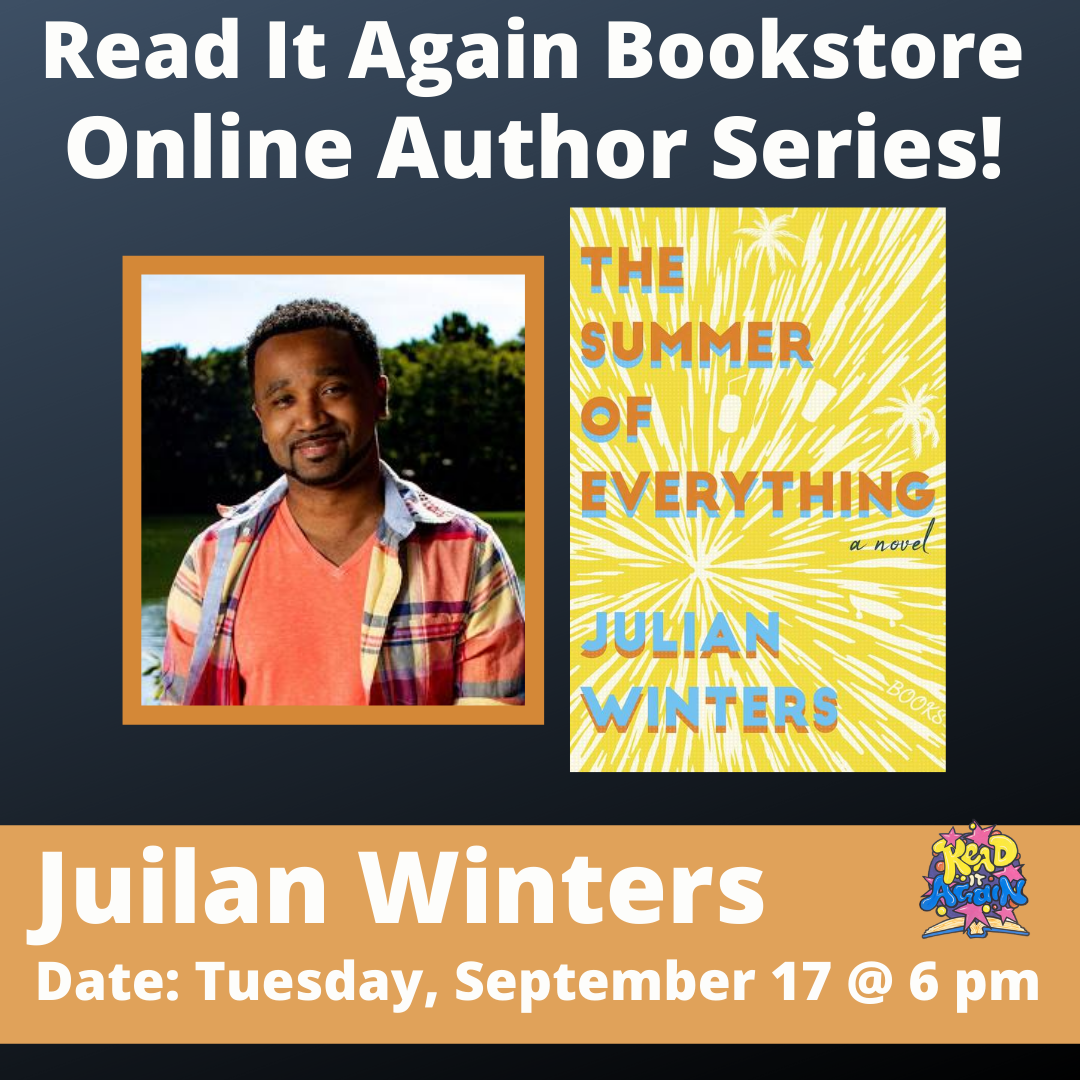 Read It Again Bookstore is really excited to welcome back one of our favorite authors, Julian Winters! Join us September 17th at 6pm when we talk to Juilan about his new book- A Summer of Everything!

You can watch this event here- https://www.youtube.com/watch?v=wmIXYSA0xg4

Julian Winters is a best-selling and award-winning author of contemporary young adult fiction. His novels Running With Lions and How to Be Remy Cameron (Duet, 2018 and 2019 respectively), received accolades for their positive depictions of diverse, relatable characters. Running With Lions is the recipient of an IBPA Benjamin Franklin Gold Award. How to Be Remy Cameron was named a Junior Library Guild Gold Standard selection and received a starred review from School Library Journal. A former management trainer, Julian currently lives outside of Atlanta where he can be found reading, being a self-proclaimed comic book geek, or watching the only two sports he can follow—volleyball and soccer. His third novel for Duet Books, The Summer of Everything, will be released in September 2020, to be followed by Right Where I Left You from Viking Children’s/Penguin in 2022.

A Summer of Everything-

An avid comic book geek, Wes excels at two things: slacking off and pining after his best friend, Nico. Advice from his friends, ’90s alt-rock songs, and online dating articles aren’t helping much with his secret crush. And his dream job at Once Upon a Page, the local indie bookstore, is threatened when a coffeeshop franchise wants to buy the property. To top it off, his family won’t stop pestering him about picking a college major.

When all three problems converge, Wes must face with the one thing he’s been avoiding—adulthood.

The Summer of Everything (Paperback)

How to Be Remy Cameron (Paperback)

CLOSED due to Flood