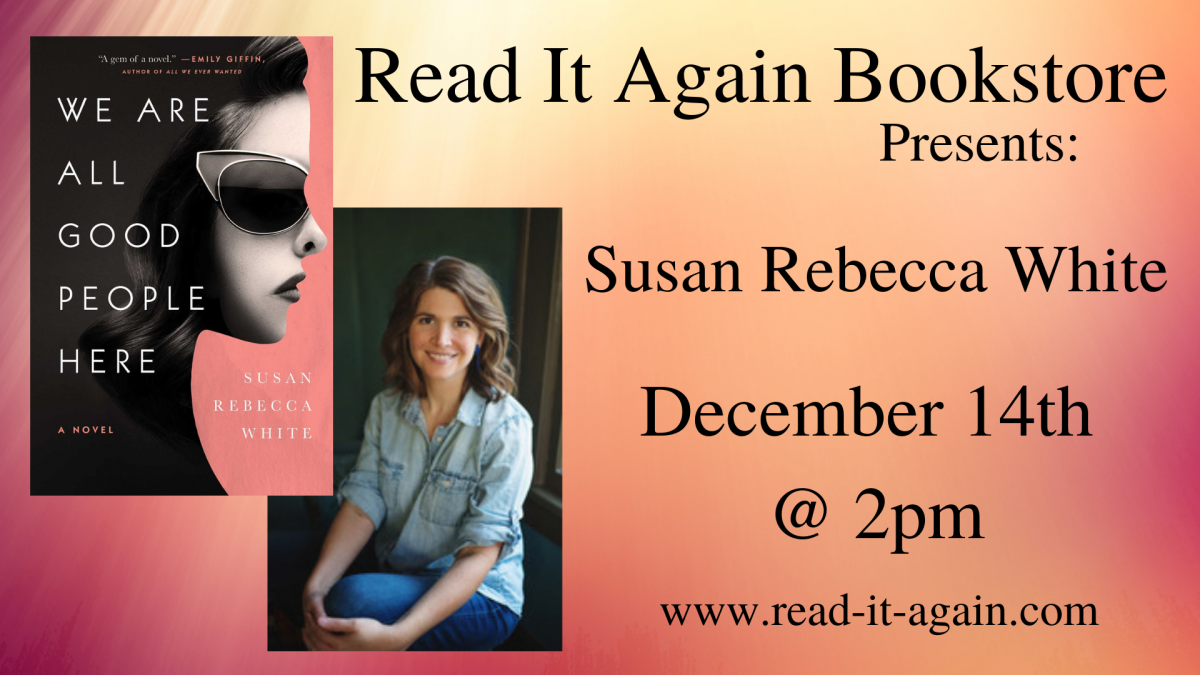 From the author of A Place at the Table and A Soft Place to Land, an “intense, complex, and wholly immersive” (Joshilyn Jackson, New York Times bestselling author) multigenerational novel that explores the complex relationship between two very different women and the secrets they bequeath to their daughters.

Eve Whalen, privileged child of an old-money Atlanta family, meets Daniella Gold in the fall of 1962, on their first day at Belmont College. Paired as roommates, the two become fast friends. Daniella, raised in Georgetown by a Jewish father and a Methodist mother, has always felt caught between two worlds. But at Belmont, her bond with Eve allows her to finally experience a sense of belonging. That is, until the girls’ expanding awareness of the South’s systematic injustice forces them to question everything they thought they knew about the world and their places in it.

Eve veers toward radicalism—a choice pragmatic Daniella cannot fathom. After a tragedy, Eve returns to Daniella for help in beginning anew, hoping to shed her past. But the past isn’t so easily buried, as Daniella and Eve discover when their daughters are endangered by secrets meant to stay hidden.

Spanning more than thirty years of American history, from the twilight of Kennedy’s Camelot to the beginning of Bill Clinton’s presidency, We Are All Good People Here is “a captivating…meaningful, resonant story” (Emily Giffin, author of All We Ever Wanted) about two flawed but well-meaning women clinging to a lifelong friendship that is tested by the rushing waters of history and their own good intentions

Susan Rebecca White is the author of three critically acclaimed novels, Bound South, A Soft Place to Land, and A Place at the Table. A graduate of Brown University and the MFA program at Hollins University, Susan has taught creative writing at Hollins, Emory, SCAD, and Mercer University, where she was the Ferrol A. Sams, Jr. Distinguished Chair of English Writer-in-Residence. An Atlanta native, Susan lives in Atlanta with her husband and son.

Reviews for We are All Good People Here-

"White’s fascinating window into history held me spellbound, watching two privileged sorority girls run headlong into the brutal history of America’s civil rights movement. This is a book with serious scope and vision, people by characters so flawed and human you can almost hear them breathing. White understands the ways that the past remains alive inside the present; she uses the intensely personal story of how a mother’s choices haunt her child to light up all the ways in which our own country remains haunted by its past. White never shies away from the hard questions, but she also never loses compassion for her flawed, fully-fleshed, oh-so-human characters. Intense, complex, and wholly immersive, WE ARE ALL GOOD PEOPLE HERE is an engrossing tale told by a writer who combines rare empathy with an exquisite eye for detail. I was blown away." Author: Joshilyn Jackson, New York Times bestselling author of The Almost Sisters

"In Susan Rebecca White's gem of a novel, she weaves together a captivating story of two women who forge a bond as teenagers in the '60s and carry that friendship through a lifetime of social and personal change. This is a meaningful, resonant story about the resilience of friendship, and an artful portrayal of the reckoning when two women's--as well as an entire country's--past finally meets the present. I loved this book." Author: Emily Giffin, author of All We Ever Wanted

“Susan Rebecca White has set down a brave portrayal of the white liberal female in her new novel We Are All Good People Here. This is a glimmering mosaic of a book, where tiny, shining pieces from the lives of two women running on parallel courses coalesce to create a stunning picture of a time and place, the fringes of a movement. In these characters, I found pieces of my friends, of myself, enough to make me care deeply and think hard, even shift uncomfortably in my seat. Read it.”  Author: Lydia Netzer, author of How to Tell Toledo from the Night Sky

"This latest from White is highly recommended for its absorbing characterization and engrossing plot that perfectly capture the zeitgeist of the 1960s. For readers who enjoyed Emma Cline’s The Girls or Caroline Leavitt’s Cruel Beautiful World.” Source: Library Journal (starred review)

"The upheaval of the 60's was not only political: especially for women, ethical choices were complicated by love, sex, and, not least, money. White handles that complexity with gentleness and empathy....a well-paced narrative palpably evokes America's stormy past." Source: Kirkus Reviews

"We Are All Good People Here asks questions like some of us may ask ourselves in these crazy times: Is it possible to separate our political choices and our values? As we grow older and as we evolve, do we ever truly escape our history?"    Source: Bitter Southerner

We Are All Good People Here: A Novel (Hardcover)